Two of our Hope Centre boys, Thomas and Kemboi, are in the school where a Form 4 student plus a student from another school, killed one of the teachers, Mr Omare. The full story can be read here:

As if the trauma on especially the boys were not enough, the Ministry of Education - when visiting the school - then decided that the bording school (of only the boys) should be closed with immediate effect. It's a well-known fact that people (especially children) who have experienced trauma, should stay in their routine as far as possible. Many of the boys witnessed the grusame scene of the murder, and both our boys told us that those images haunt them day and night. But ... it is what it is, so we were forced to look for outside accommodation.

After much prayer, the Lord provided for Kemboi a place at our friends' home, not too far from Hopewell School. He is now only in Form 2, so obviously we wanted him in a  more secure environment.

Your prayers for both the boys - as well as for the entire Hopewell School - will be appreciated.

Obviously this is bringing about extra expenses as we now need to cater for their needs on a monthly basis. Kemboi lost his sponsor somewhere during the course of last year, so right now we are praying for God's provision to be released.

Thank you for standing with them. God bless.
Posted by Yasha Ministry - Educate a Child Today, Kenya at 8:14 AM No comments:

Martin & Oscar were amongst the first boys we rescued from the streets in May 2012.

We had issue upon issue with them running back and forth to the streets until they finally both ran back beginning 2015, never to return again. For about a year we never heard from them until a few weeks ago when Martin phoned and told me they want to come back. I then told him we can meet in town for a meeting ... Well, this morning they arrived at our home in Nakuru 'boots and all'.

Thank God they returned to their mom late last year, meaning they at least did not live on the streets anymore. However, circumstances at their home is what made them run away in the first place. With four other smaller kids in a single small room, their mom isn't capable of looking after them or even to host them to be honest.
They both look good, but the one million dollar question is now:
'What to do? What to do? What to do?'


Pray with us as we'll have to look into this matter seriously. We care for these boys, but we also have many other things to consider and right now funds are low (we all know how THAT can blur ones vision!)

We have confidence in the fact that Father God knows ... We trust that He will show us His heart. Pray for wisdom, discernment and grace to do His Will in this matter as He is the One Who gave His life for these boys. Pray that they will be ready to accept His Gift of life and not step on His goodness again. Asante sana!
Posted by Yasha Ministry - Educate a Child Today, Kenya at 7:34 AM No comments:


Posted by Yasha Ministry - Educate a Child Today, Kenya at 3:26 AM No comments:

Small Joy (we call her like that because our daughter is also named Joy), is part of our Hope Centre program. She literally grew up before us and is like a granddaughter to us. She recently joined the same school, Lerwa School of Excellence, where most of our Hope Centre kids go. It's a great school and we also get quite a bit of discount due to the fact that we work with needy children.  Here are a few adorable photos of this little sweetheart. 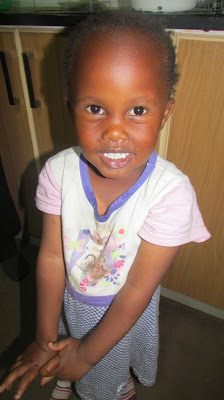 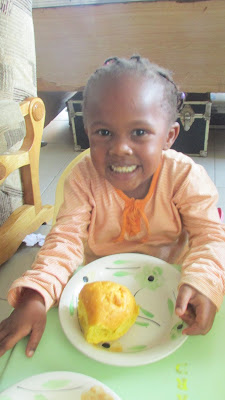 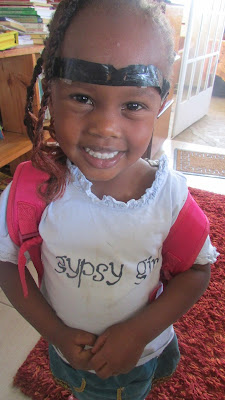 Posted by Yasha Ministry - Educate a Child Today, Kenya at 3:53 AM No comments:

Towards the end of 2014, we regularly bumped into two boys in Nakuru streets, John & Felix. They both have been in school before, but due to John's mother who just can't keep up with her responsibilities financially and Felix's drunkard farther, they both decided to rather spend their days on the street where they at least have a chance that somebody might give them food or money for food.

We started a relationship with them, and very soon learn that they both desire to go back to school. We then visited John's mother, a lady with numerous other kids who's trying her level best to survive with very little recourses.

In January 2015 John and Felix joined Lerwa Centre of Excellence, a school attended by some of our other Hope Centre kids.


This was made possible by the donations of caring friends. Even a small amount of money can make a difference. We are grateful.
Posted by Yasha Ministry - Educate a Child Today, Kenya at 10:05 PM No comments:

Posted by Yasha Ministry - Educate a Child Today, Kenya at 10:22 PM No comments: 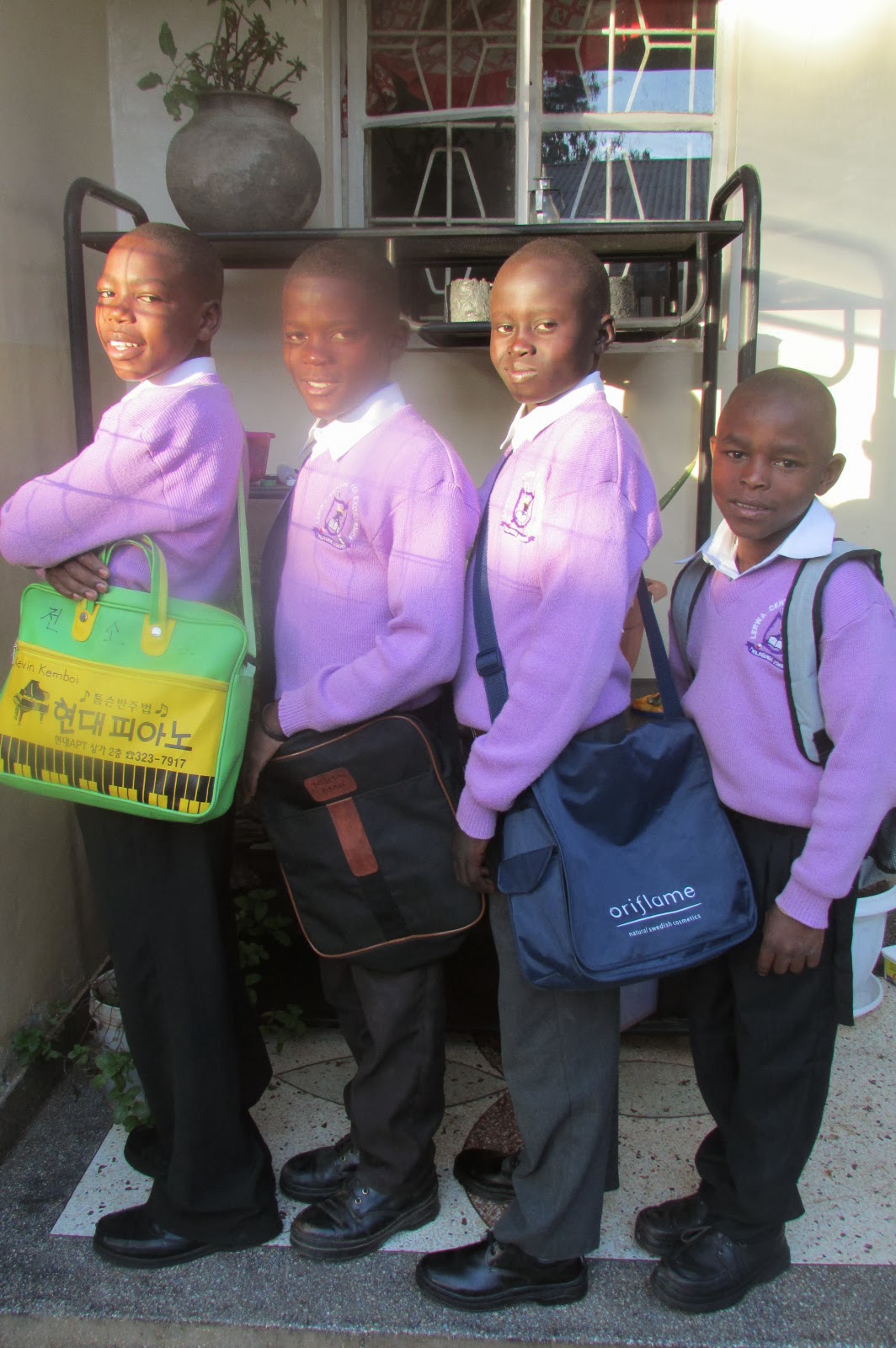 Posted by Yasha Ministry - Educate a Child Today, Kenya at 1:15 AM No comments:

Not only do we fully sponsor 3 nursery schools in remote areas, but we also have 4 former street boys and an abandoned girl staying with our family of 7.

Although we've recently started a recycling program (YASHA Art https://www.facebook.com/yashaartprojects?fref=ts) to help us generate funds, our main source of income still comes from donations.
With your help we can continue making a difference.

Sponsoring a former street boy will cost $45 / 30GBP / R500 per month (this will cater for their living expenses as well as their education).

Sponsoring a disadvantaged child in one of our Satellite Schools (which are all situated in remote villages) is $15 / 10GBP / R160 per month (this will fully cater for their educational needs).
Become part of a child's life and thus changing that child's life for life :-)

Yasha Ministry - Educate a Child Today, Kenya
YASHA Ministry is involved with several initiatives involving especially eduation to the needy. YASHA Hope Centre deals with vulnerable and special needs children. We marvel in the fact that Kelvin Kemboi, a former street boy and trouble maker, now is the headboy of Lerwa Centre of Excellence in Barnabas, Nakuru. We also serve in several locations where education proves to be a huge challenge. Although statistics are changing, one still finds that only a small percentage of kids in some of these areas proceed to secondary level. We've planted 2 nursery schools in Teret and Baraka and this year we have the privilege to get involved with a third school. English is the medium to provide education in Kenya - whether a child lives in the center of Nairobi or in the most remote village. We make use of the Accelerated Christian Curriculum where we had modified the pre-school and Grade 1 programs into a nursery school curriculum.We provide a 2 yr program where children learn to speak, read and write English, and so far we got incredible results as most kids who'd completed the course, skip standard 1 (the 1st year of Primary school). With your help we can reach more children.